Maddy, dressed in white, stands at the back of the church. At the end of the aisle is Rob – 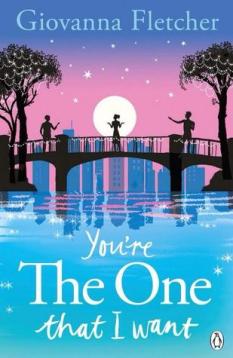 the man she’s about to marry. Next to Rob is Ben – best man and the best friend any two people ever had.

And that’s the problem.

Because if it wasn’t Rob waiting for her at the altar, there’s a strong chance it would be Ben. Loyal and sensitive Ben has always kept his feelings to himself, but if he turned round and told Maddy she was making a mistake, would she listen? And would he be right?

Best friends since childhood, Maddy, Ben and Rob thought their bond was unbreakable. But love changes everything. Maddy has a choice to make but will she choose wisely? Her heart, and the hearts of the two best men she knows, depend on it…

This is the first book of Giovanna’s that I read, and the reason that I have read all of her other books. I did thoroughly enjoy this book despite the story line was a little cliched, however, I thought she went around it beautifully and put her own spin on things. Unlike other books, neither of the main characters were dislikable, which worked effectively in some areas as it made you invested in them but also left the book lacking that element of nastiness and mischievous which we all love in a book.

The book revolves around the life and friendship of three childhood friends, consisting of Maddy, Ben and Robert. Despite it being based around your stereotypical love triangle it was still pleasant with a slight different as not all were aware of each other’s feelings. Maddy is a fun girl who, when first meets the boys was trying exceptionally hard to fit in with the girls – it didn’t go well
Robert is your everyday stereotypical ‘lad’ who craves everything and anything dangerous and isn’t too eager to say not to a dare.
Ben on the other hand, despite similarities with Robert, he is slightly more sensible and quieter and a lot less willing to risk injuring himself to impress a girl. Being an only child living with his single mother, he is tends to be worried and cautious when it comes to the group splitting up and going their seperate ways when they start university.

We are  introduced to the characters when they first meet at the age of 9, therefore allowing us to see them grow and develop relationships, allowing us to understand from the beginning why two people fell in love rather than being thrown in head first and having to make assumptions based on their current adult life and not what shaped them to be that way.
Overall I thoroughly enjoyed this read and would highly recommend it to anyone who is a hopeless romantic. It’s an incredibly heart-warming, easy read that is perfect for a warm summers day.