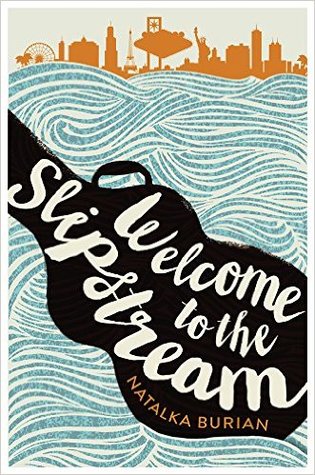 Like a grown-up Eloise from the picture book, the main character, Van, lives in an upscale casino in glitzy Las Vegas, giving readers entree into a crazy world that few ever get to see
Based on real life events witnessed by the author, a harrowing look at the dangers of self-help cults that promise insight and instead deliver destruction

With her mother, a brilliant businesswoman with fragile mental health, Van arrives in Las Vegas at the Silver Saddle casino, where Alex, a college student, is assigned to “babysit” her. Van is used to having to land on her feet, because her mother and her surrogate grandmother move from city to city all the time like corporate gypsies, but Alex introduces Van, a talented musician, to a group where her guitar skills may shine. But just as she’s about to play her first gig, her mother is lured in by a con man promising a “vision quest” in Arizona, and Van must go on the road to find and save her mom.

I was approached by the publisher to review this book, and even though it isn’t usually the genre or type of book that I would usually go for, I was very much intrigued by it and was really looking forward to reading it. This book didn’t exactly blow me away, but it was a very interesting and tense read that made me feel many different and intense emotions. The protagonist Van, is a 17-year-old girl who lives with her mother Sofia and “nanny” Ida and has never settled anywhere for much long. Due to her mothers job and mental stability, they are never in one place for very long – one week they can be in Asia, the next she is Las Vegas. Despite not looking forward to staying in a shabby casino in Las Vegas, it actually turns out to be one of the worst, and best things to ever happen to her. She makes her first proper friend, joins an all-female band and discovers what she enjoys doing most in her life. However, it isn’t all sunshine and rainbows for long when her mothers mental stability spirals and she leaves her job and Van to go and live in the desert with a bunch of astrotherapists who convince her she is their prophet.
Like any normal person, Van goes after her mother and that’s when things go from bad to worse – her mother is nowhere near the woman she was several days ago and the people she is staying with are just short of crazy. These people were seriously getting me riled up whilst I was reading, up to the point where I physically couldn’t sit still and had to stop reading as I was getting so irate. You couldn’t help but sympathise with Van to the highest degree and urge her away from this bunch of misfits. Honestly if I was surrounded by these people I would’ve seriously gone Bruce Lee on their arses because I couldn’t stand it – they are the worst. I’m getting annoyed now just thinking about them.

I thought that Natalka wrote this book extremely well as she was able to evoke so many emotions in quite a short book (272 pages), with so much happening in terms of plot and character development additionally. It was interesting to see how those who live with family members/parents with mental illnesses cope and the daily turmoils they experience when they’re not too sure whether or not they are going to turn into something that is not the person they need or want them to be. Natalka herself has a family member who has a bipolar disorder, so she states that “it was important to [her] to get the influence and impact of the shifting waves in mental health right” which to me she did, as you could clearly see the shift in behavior and how it affected both Sofia and Van both mentally and physically. She also says that Welcome to the Slipstream “is about so many things, but mostly it’s about family, and how many different ways there are to be part of one”, which is shown clearly throughout the book with the main theme obviously being family and even though they aren’t your conventional ‘happy’ family, they are still a family and no matter what they will always be there for each other.

Ida, is a perfect example of how there are many different ways to be part of a family. She became a part of Van and Sofia’s lives many year before as a way of caring for Van whilst her mother was away working or ill and from then she has always been there for both of them. Whenever Van needed her she was always there, no matter the task or matter and they cared for each other considerably – their relationship was my favourite in the book as it was so honest and unconditional – you could clearly see that they thought the world of each other. Ida herself is a fantastic character, full of charm, wit and grace – everywhere she went people  loved her and you could see why. It was actually her that taught Van the guitar – one of the things she loves the most – and pushed her into her friendship with Alex. I wish I had an Ida in my life – I think everyone needs one.

Despite not being my usual read, I did thoroughly enjoy this book. It didn’t exactly blow me away whilst reading it but upon reflection as you think about the underlying themes of family and self-love then you truly begin to realise how great this book is. I am very grateful that I got to read this book and it has truly taught me to not always put everyone else before myself and I should (mostly) always do what I want to do!