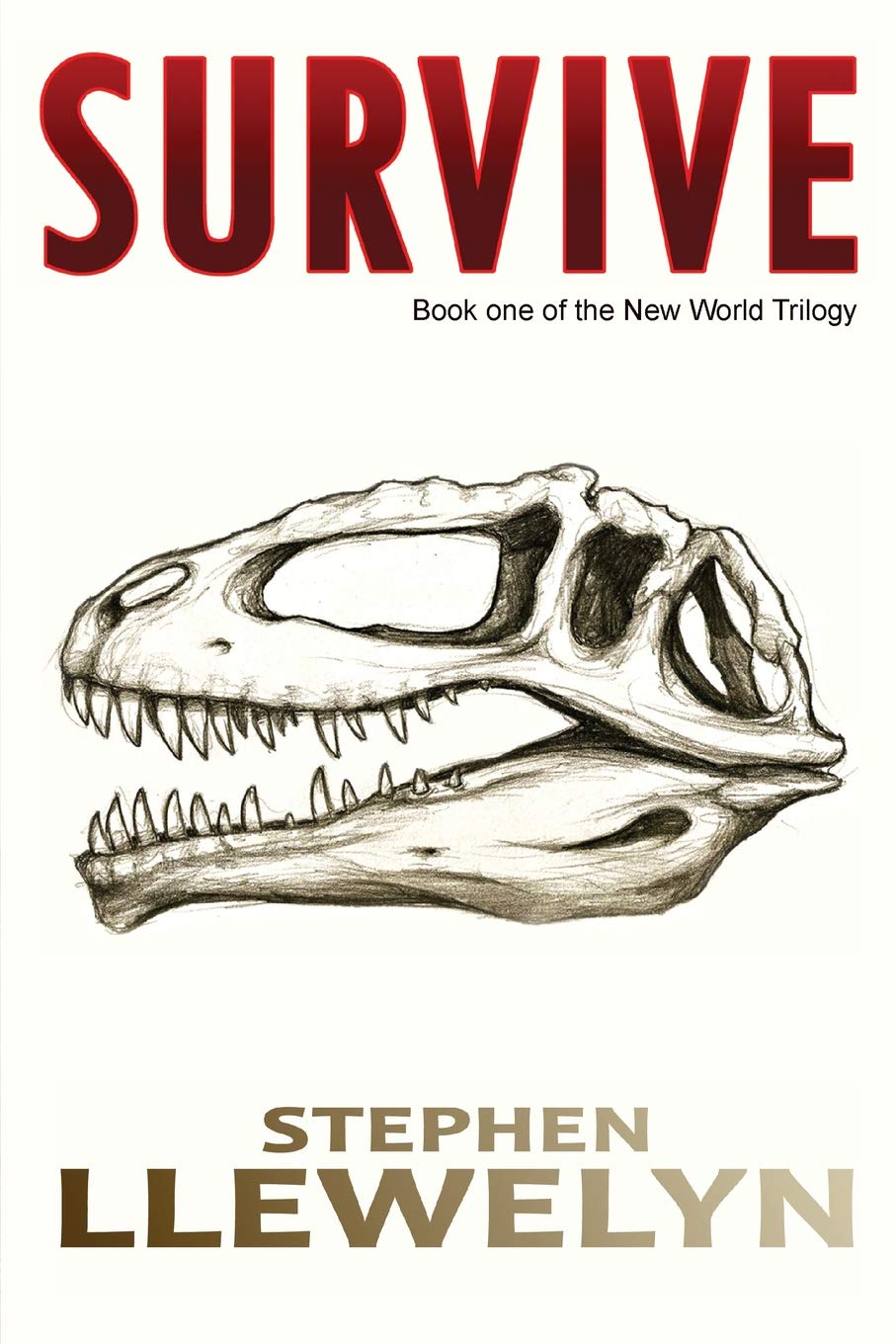 A young man and his mother fight to leave tragedy behind. Striving for a new life on Mars has cost Tim and Patricia everything, but as even their future is taken from them, their past is just beginning.

Earth: population 50 billion. Pollution, crime and scarcity are out of our control. Instantaneous travel provides hope for the terraforming of another world.

A terrorist attack. An explosion at the event horizon of a wormhole. A murder. A trail of clues, misinformation and sabotage. Nothing is as it seems like an old enemy returns from the shadows. 100 years from now, the 100 souls aboard the USS New World are thrown back 100 million years to the deadly Cretaceous Period. From there, an epic fight to save humanity begins; but first, they must survive.

A multi-national, eclectic crew; among them the good, the not so good and the no damned good at all. Loss, courage, genius and sheer bloody-mindedness bind them. NASA Captain, James Douglas, and his first officer, Jill Baines, expected a taxi run to Mars. Now they must escape a fearsome Mapusaurus pack, survive natural disasters, brutal discoveries and treachery.

The 100 meets Jurassic Park is what I would say to sum this book up. In case the title didn’t instantly give it away, this book is about survival- both of the new world and the old world – how the two times clash together and we are taken on a journey through the ages, back to the Cretaceous Period, where the characters must fight for survival, by taking on the old world and all of its inhabitants.

Initially, this book was quite hard to follow as you are hit with a vast amount of characters and it was difficult to follow and decipher who was who, but after getting into the swing of things properly, this problem subsided. The characters are one of the treasures of this book, with there being so many of them but all of them being distinct and unique in their own way. Particular favourites were Douglas and Baines who had a very refreshing relationship as despite the age difference, they had a good relationship and it was great to see them bond and see two characters from different backgrounds and ages having such a close relationship. The characters were diverse and had their own little thing that made you like them and make them authentic; for example there is a Scottish character whose dialogue is written in the way a Scottish person would speak it, making this character seem authentic and, personally, adds a bit of humour as in your mind you can hear the Scottish.

This alone is just one example of how well-written and thought out this book is and shows the attention to detail. As it is set in a time in which none of us will ever experience or begin to imagine what it was like, reading this book you felt that you could have experienced it first-hand and it really throws you into this old/new exciting time and place where danger lurks around every corner.

One qualm I had with this book is that I have to wait for the next book, as, unfortunately, it was left on the quite the cliffhanger, which isn’t ideal. But, I suppose it’s just the way things are. Additionally, one thing I did find quite endearing was that each chapter had a little picture at the top of the chapter – what’s better than pictures in books? If you do like things such as The 100 and Jurassic Park, then I would wholly recommend you reading this book, as I have a feeling that you will enjoy it.