First off, thank you Smith Publicity for the copy of this book in exchange for an honest review. 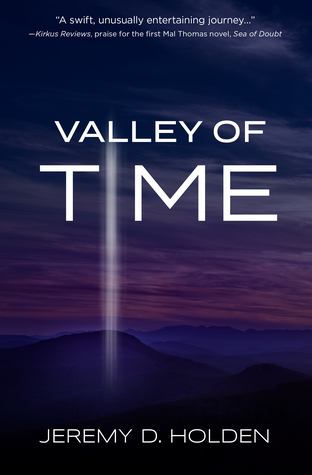 Mal Thomas only escaped with his life through a mixture of good fortune and divine intervention, after he and his eclectic team of cynical mad men and women were charged with promoting the alleged second coming of the Messiah, by Alfredo Baptiste, the world’s most powerful industrialist.
Having subsequently become famous as a best-selling author—as well as an unlikely spiritual leader—after having written and promoted a book about those experiences, Mal is now approached by another enigmatic billionaire with an equally incredible proposition.
Huw Hudson, the man often described as a modern-day Howard Hughes, wants to position his company, Space Rider, as the leader in commercial space tourism. He tries to enlist Mal and his team to help promote it, with one extraordinary twist: Hudson has evidence of an alleged UFO encounter, which he thinks could damage his business plans, and he asks Mal to investigate and manage the breaking news story.
Mal discovers a deeper purpose at work, as he crisscrosses Brazil, Miami, London, and Dubai in furtherance of Hudson’s audacious ambition, while being forced to keep an unbelievable secret from the FBI and even his closest friends. In confronting his deepest fears, Mal takes us on a journey that challenges the very core of our beliefs about space and time.

In a fast-moving and often sardonic narrative, author Jeremy Holden will have you fascinated by the extraordinary nature of the challenges that Mal and his team find themselves confronted with, as they launch a massive global campaign to promote one of the most seismic events in human history.

“Valley of Time” provides a window into the modern world of digital and social media-driven mass persuasion, while posing this pivotal question: What if you could go back to the pivotal moment in time that shaped your life. Would you try to alter your fate?

I enjoyed reading this book overall, but at the beginning I wasn’t too sure on it. As this is the second book in a series (I have not read the first one as I wasn’t aware there was one – silly me), there was a few things that I didn’t quite understand as they did need a backstory, leaving the first few chapters a little dreary and tiresome. However, after around 3/4 chapters I started to get into the swing of things and it started to become really interesting. Up to the point I read it in one sitting as I literally couldn’t put it down. Another slight qualm I had was that I felt like I needed some basic knowledge of science to fully understand the book, as there was a lot of science terminology such as elements and astrophysics. I did find this very interesting as I, personally, am a fan of all things science so was very interesting to read about it, but I just don’t know that much about it regrettably.

One thing I did thoroughly enjoy about the book was that it always surprised me. Jeremy had the habit of giving the idea of one thing happening but then totally turning it on it’s head and a complete different thing would happen, which may be the reason why I couldn’t put it down as it really intrigued me as I didn’t have a clue what to expect whenever something would happen. Very exciting.
I also really enjoyed the references to well-known programmes, characters etc such as the X-Files and Wallace and Gromit (they were his dogs), Terry and June – from an old English tv programme in the 80s, making me connect with the book and character more, giving the fact we have common interests and likes.

One element I did very much like was the descriptive aspect of Jeremy’s writing. He’s a fantastic writer and always made me feel like I was in the story with the characters, as I was very easily transported into the world as it wasn’t hard to visualise. The plot itself was very fast-paced and always kept me on my toes, hence why I finished it in one sitting! I really loved the protagonist of Mal because of his love for his wife Mara and his children, which is always a good character trait to have, how could I not love such a devoted and caring man?

I would definitely recommend this book to any avid science fiction reader/lover, or just someone who wants an interesting and enticing read and adamant to escape this dreary and terrible world we live in.

Thanks for reading and I’ll see you again soon,
Zoe